On Tuesday morning, students from under resourced communities across the globe were once again reminded of the iniquitous social and racial disparities that plague the college admissions system as several wealthy parents, including actresses Felicity Huffman and Lori Loughlin were indicted in connection with a scheme in which they allegedly paid an immense amount of money to get their children into elite colleges. While many question how an act as heinous as this could so easily “slip” through the cracks, fact is, the college admissions process has always been scandalous, certainly way before celebrity bribes came into play.

A wing here, a new library there, heck throw in a whole university building why don’t you and watch your child soar…even if they don’t have the grades to get off the ground. Economic inequality in higher education isn’t new. The latest college scandal only further exposes an already tainted and corrupt admissions system. For centuries, Ivy League schools were known for only admitting privileged, white males.

While admissions have shown to be a bit more inclusive over the years, it is still a rich man’s playing ground, which has caused students who truly belong there to feel as if they do not.

Admissions should be based on merit, grades, and test scores; however, some universities don’t always adhere to these rules. Despite slight efforts, the college admissions system continues to benefit the wealthy while students who may be more deserving, yet lacking the means are often overlooked. It’s time we reshape the admissions process.

While education matters, integrity matters too. And, any institution above that comprehension should be held accountable. We cannot successfully begin to close opportunity gaps or eliminate fraud in the college admissions process without real action or consequence.

There are many ways colleges and universities can join the fight against corruption. They can start by opposing nepotism and demanding strong academic performance from ALL applicants including athletes. Students should also be required to complete applications without enlisting the help of paid services. Additionally, each applicant must sign a statement affirming that the essays were completed on their own, and that severe actions will be taken into consideration if found otherwise.

When it comes down to it, corruption in education only hinders economic development for everyone. To all my black, brown, and low-income students feeling defeated by the recent headlines, don’t! Who wants to get into a club that doesn’t celebrate your merits anyway? Embrace the schools that want you! Stay prepared even if the odds seem like they’re stacked against you. Choose honesty. The truth always wins.

We're not around right now. But you can send us an email and we'll get back to you, asap. 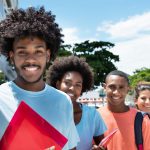 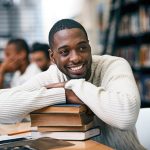